I love when I get tips from the readers (hint, hint- if you have a restaurant you want me to try, please tell me about it). My latest’s was from an impassioned man who wanted me to try a Mexican restaurant called Coronas in Arroyo Grande. He was thorough in telling me the best dishes and what to experiment with and I am happy to tell you I was pleased.

They brought out tortilla chips with a tasty salsa and the waitress suggested the guacamole so we ordered it.  The guacamole did not disappoint, good flavor and plenty of it the green goodness. I was impressed that they had their own signature beer, poured on draft. The Coronas Victory Golden Ale is their own private label. It was light and crispy, a perfect accessory to the hot flavors. The chips were hot and the salsa packed a punch. We were off to a very good start. 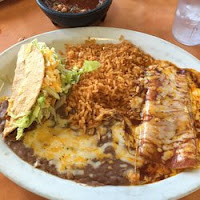 I tried the Combination Plate choosing a cheese enchilada topped with a smoky mole red sauce. The dense tortilla made this an enchilada to be remembered. My favorite part of my combo was the Flauta. Stuffed with chicken and deep-fried, this flour tortilla was topped with a unique, hot and spicy ranchero sauce. The Ranchero sauce is on of my favorites. It is a picant tomato-based sauce that includes onions, green chiles such as serranos and a touch of sweet seasonings. This Mexican salsa is most often associated with huevos rancheros, put was perfect on the Flauta that was also draped with with house made guacamole and sour cream. A delicious Chile Relleno rounded out my trio. The eggs where fluffy surrounding an impeccably cooked Pablano chili stuffed with cheese, it was memorable.
Our next visit we did the Platillos del Mar (Plates from the Sea) that included soup. My Albondigas soup with its vegetable base and spicy meatballs, rice, zucchini, celery, and potato was delightful. The homemade meatballs were good enough to be served by themselves. It was not spicy at all, but chocked full of flavor. My main dish was the Camarones a la Diablo seasoned with tomatoes; onion green chiles and a spicy set your hair on fire sauce. The large prawns were cooked perfectly. 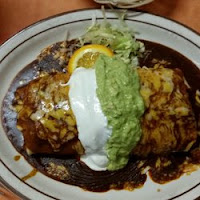 The El Gallo Burrito (meaning the Rooster) was the one I was encouraged to try. It was huge, stuffed with the chile relleno, chili verde, and cheese. It was topped with house made guacamole and sour cream. The chili verde was succulent and so full of flavor. When this dish is cooked correctly, it is outstanding and this was. It was almost too big to finish. 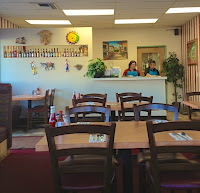 Coronas has many budget options with $1.00 Taco Tuesdays and lunch specials for $6.99. The special includes rice and beans and your choice of enchilada, taco, flauta, carne asada taco, taquito, pork tamale, or chile relleno. The plates were big and filling.
Corona means crown in Spanish and this family is trying and succeeding in leading the Mexican food revolution. Coronas Mexican Restaurant is open daily from 11:00am to 9:00pm and everything on the menu is made from scratch. It is located at 1263 E Grand Avenue in Arroyo Grande; call them at (805) 473-9999.