It’s Monday and some obscure holiday where the banks and post office are closed, but the rest of us are in work-limbo-hell. We gotta be here, but no one thinks anyone else is working so nothing gets done, except lots of visits to You Tube and Facebook.

I am having a fight with a CRAZY old man on Ebay. It is another one of my income streams; I sell things for people on Ebay, taking a percentage of the selling price. It has been and continues to be a pain in the ass and no one knows why I continue to do it. The items are never as great as the people selling them feel they are worth. People also suffer under the illusion that Ebay equals riches. That stupid people will throw millions of dollars at their dusty old shit. Maybe it worked like that in the beginning, but not now. Ebay now has twice as many sellers, as buyers, thus it is a buyers market. My employees have boycotted the business and REFUSE to help me; because they have seen the turmoil it causes me.
I started selling my husbands old watercraft (jet ski) parts and made some good money. It was very specialized and for that guy with a 1996 Kawasaki 440 ski, my stuff was as good a gold. Then I started selling for people and the nightmares began. Gems that are actually glass, dolls that are knock offs, collectors who expect perfection, and NO ONE wants to pay for secure shipping. I still have 100% rating, but have worked my ass off for it. 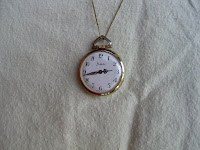 ey back for a pocket watch he bought from me. He sent it back, claiming it was damaged in transit and didn’t work. I refunded his money. I got the watch back, it works, nothing wrong with it. Then he starts sending me threatening emails that if I do not send him my address, he will do all sorts of bad things to me in cyber space. I told him, I have the watch. He has my address. I refunded his money. He is sure he still has my watch; he is sitting there looking at it. He admits he got my refund and gave me perfect feedback. Then sent me another threatening email. I told him he was OLD, STUPID, NEEDED A HOBBY HE UNDERSTOOD and to stop emailing me. Now he has reported me to PayPal, why? For disrespecting him! He is crazy and it is pissing me off. But only because I have too much time on my hands on Presidents Day.
I am going to drink 12 martini’s tonight!