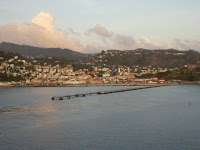 During the course of a person’s adolecsants they will go through many musical phases including but not limited to: “awkward,” “classic rock,” and “being really into a foreign country.” Of these phases, there is only one that all people are required to go through before they can obtain their bachelor’s degree or acquiesce to a cubical ridden desk job. It is known as “Bob Marley.”

Depending on the coolness of the person, they can experience this stage anywhere between the sixth grade and their last year of college. Regardless of when they went through this phase, every person can tell you about the time when they had Legend on repeat. If you wish to test this theory, go to any floor in a College Dorm and there is a 100% chance you will find at least one Bob Marley poster.

At one point, my teens went thru 4 Bob Marley CD’s, playing each into the ground with grooves and scratches so deep, no putty could revive them. This is also when skunks moved in next store, or so I thought.

It is also worth noting that people tend get into smoking marijuana during this phase. This is why all people view the combination of the two as one of the most pleasurable experiences on earth. But when people really want to take it to the next level they will combine Bob Marley, Marijuana, a long weekend and some sort of notable outdoor location (beach, cottage, or patio). There are few activities on earth that are more appealing. The only acceptable reasons for declining participation are a prior engagement at a music festival, preferably in the woods.

It’s also worth noting that when talking to people about Bob Marley there is no need to use his surname. This is because all refer to him simply as “Bob.” But be warned that a person saying they like “reggae” what they really mean is “reggae from 1965-1983.”

Since so many people are into Bob Marley, it is only natural for advanced musical people to profess to only marginally liking Bob Marley (note: it is impossible for a white person to outright dislike him). Instead, these people will claim to preferring more obscure artists like Burning Spear or Peter Tosh.

In Grenada our first trip, we asked every reggae band to play “Two Little Birds” and they laughed us into the ocean. Than is were we discovered, Bob was as American as Apple Pie. These born-with-a-steel-drum stick-in-their-hand guys would have rather played Dean martin, then Bob.

Note: if you are talking to a person who is really into Bob Marley, has dreadlocks, and professes to be a Rastafarian and skin is the color of snow white, you should end the conversation immediately. These people are of no value unless you need directions to a “save the (insert animal here) protest” or if you have wondered just how bad a human can smell.