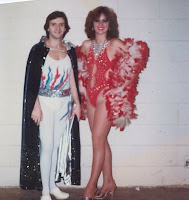 We had dinner with friends last night and the conversation came around to the fact that I am not normal. This comment was made after I explained to them the show I had seen, Puppetry of the Penis. This show consisted of two men using their genitals to make objects (like origami). After the show, I bought their book and had the autograph it. I think I am normal, but let’s review:

Ran away with the circus and left a full 4-year scholarship to to be a trapeze artist. But I can tell you more about living with monkeys, tigers and elephants and I can tell you what kind of noises come out of kangaroo boxers when doing prop guys.

Everything in my life is second hand- even my husband, but I refer to him as reconditioned.

Bought not one, but two businesses with No money. I have changed careers more often than I have upgraded my underwear. 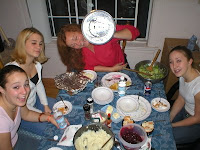 I took in every stray teenager that landed on my doorstep, fed them, housed them, and tried to make them good adults.

I raised my children without TV, fast food or soda. They claim I was the cable Nazi.

Bought a 33-foot sailboat without ever sailing one. Or knowing how to get to it, since it was bobbing out in the ocean.

I haven’t balanced my checkbook in 10 years.

I believe everything I want, I will get. If I am short of money, it magically materializes. I believe that people never want for anything, if you believe it, you will get it. Case in point; I wrote a screenplay with no training or even the correct software and no idea what I was doing…….. and I sold it!

I paid for a photo shoot of my dogs, but never for my children.

I’m sure my children can give you a much larger list on what’s not normal about me, but hey, it all feels right to me.