Skip to content
Let’s build the structure of your story now that the characters are created. The Outline part of the writing is very linear and like building a house, there are necessary points that are present in every story. After all the Character work is done, you will write an outline simply expressing the main plot points. If it is a movie, these are located on a time line:

If it is a short story or novel, or even a chapter in a novel, you use the following:
1. INCITING INCIDENT
Often called the point of attack, the inciting incident is the first premonition of impending trouble, dilemma, or circumstance that will create the main tension of the story. It usually falls at the end of the first sequence. But it can sometimes appear in the first few minutes of a film.
Movie example: Pretty woman – Edward picks her up
2. LOCK IN/PLOT POINT 1
The Protagonist is locked into the predicament that is central to the story, which occurs at the end of Act One, This lock in, therefore, propels the protagonist into a new direction in order to accomplish their new objective throughout the second act
Movie example: She agrees to stay the week- for $3000

3. FIRST CULMINATION/CONFRONTATION
The first culmination generally occurs around the midpoint of the second act and is a pivotal moment in the story but not as critical as the Lock In or Main Culmination. Consider the first culmination as the second highest or second lowest point in Act Two, the second highest hurdle to be faced.
Movie example: Her having trouble assimilating and he rescues her
4. MAIN CULMINATION/RESOLUTION
The final culmination occurs at the end of the second act and brings the main tension to a close while simultaneously helping to create a new tension for Act Three.
Movie example: Asks her to stay with him
5. THIRD ACT TWIST/CLIMAX
The twist is an unexpected turn of events in the third act. Without a twist, the third act can seem too linear and predictable. It can also be the last test of the Hero.
Movie example: She says no, she leaves, he rescues her and “she rescues him right back” 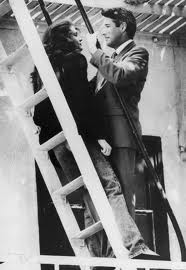 Here is a fictional story that demonstrates this structure in a lighter format:
I find it interesting that the current state of economics around me is producing a populace that are spending less, recycling more and returning to the old ways. Like growing your own food, raising chickens, maybe even getting a milk cow. This solution delights me as I was raised on a scrabbled backyard farm and I am a prone to playing Mother Nature. Even my wealthy friend’s, whose status has not changed a cent, are buying things on Craigslist and planting raised bed gardens where their lawns used to be. 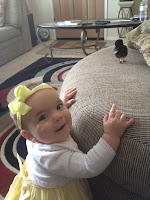 This year for Easter we purchased our first six backyard chickens. Delightful little peeps that entertained the grand kids and introduced my husband into the world of fowl raising. We were excited each time they had a cornerstone; outgrew their current abode with the red light, demolished a moth that errantly flew in to their space and started eating our juicing pulp. We videoed them, posted on Facebook and joined an online community (with its very own App) called Backyard Chickens. All this in pursuit of cheaper eggs.
I was intent on making this juncture happened at little or no cost. We could go to Farm Supply and buy a chicken mansion for $400 but wouldn’t it be more satisfying if we could whittle a coop out of our yard scraps?
Their initial abode was an old bathtub with an infrared light keeping them warm resting on a jet ski in our garage. On the sixth day, when one of them committed hari-kari by leaping out of the tub, we put them into an old rabbit hutch (secured free from Craigslist from a breeder turned artist). They lived for a couple of weeks on the top level, then a ramp with repurposed dowel rods was inserted so they could explore the bottom two thirds. At this point, they lived right outside our dining room, so we watched them day and night. My husband collected slugs and bugs to see them devoured by “the girls”. He also named them all, a practice that is never a good idea if you may eat said pet. 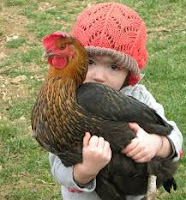 A couple of weeks later, too big for the hutch, they were moved to an abandoned dog run in our side yard. We immediately had to cover it with avian wire as the local hawks and buzzards started doing slow swoop-by’s. Eventually they needed six nesting boxes, which were made from a wooden file cabinet with six perfect sized holes and shredded bedding.  Old curtain rods made fantastic roosts, planter bottoms (water retainers) made whimsical chicken scratch containers and old paint buckets became water receptacles with nipples drilled into the sides. Even old bird feeders became useful and our little flock was ready to produce dozens of eggs.
My husband named them all and visited them so much; he placed plastic chairs in front of the coop so his morning coffee was taken with “the girls”. The grand kids loved them and brought them corn on the cob and the rest of their lunches. At parties, our talk mainly concerned chicken chatter and we found several friends where in the same love affair with a flock of ill-sorted fowl (as we all picked them for cuteness, not for type of chicken).
Then it happened. One day at dawn, I heard crowing. Our farm supplier had told us that the chicks were 99% sexed to be females. I immediately got on our chick forums and found that with lack of a rooster, some hierarchical hens do crow. Relieved that hard decisions would not have to be made, I relaxed. A week later waddles and tail feathers appeared on “Stripe”, the friendliest and clearly my husbands favorite hen.  Stripe was a Roo.
I grew up with chickens, if it didn’t lay, it got eaten. I was okay with this, the city boy I was married to, not so much. Farmers were consulted (eat it). Friends were consulted (re-home it) and the Chicken App was browsed (there is a surgery to de-crow it). The nightly debate became what to do with the Roo. I caught my husband talking to him explain if he just wouldn’t crow, he could live with us forever, he was caught looking for spiders to spell out “some chicken” to save Stripe. But this Roo had a voice, a rather boisterous one that needed to be expressed all times of the day and at some inconvenient times in the middle of the night.
I knew that I had to manipulate the situation and do it with a wifely stealth that those of us married over 10 years understand. Like how his car got that dent, what happened to his favorite but smelly gym shirt and why his daughter got in at 3:00 am? Handle it, don’t apologize and don’t explain.
The day after a particularly good roast chicken dinner, the husband came in from morning coffee to announce we only had five chickens. There was some talk of whether that would be enough eggs to feed us all, but overall no one asked questions. They assumed Mother Nature had handled it and watched merrily as the five remaining hens tore slugs apart. 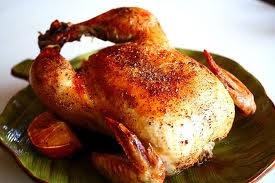 Your writing exercise: I want you to take your three favorite films or novels and break them apart to see this structure. List the scenes or events that happen that are the following:
1.     INCITING INCIDENT
2.     LOCK IN
3.     FIRST CULMINATION
4.     MAIN CULMINATION
5.     THIRD ACT TWIST
By deconstructing your known tales, it shows you how to build them for your own stories and characters. Have fun and make this a regular practice, then it will be natural in your storytelling.
Tags: Writing and Creating

I am Allergic to WINE!! We are going to need a second opinion!!