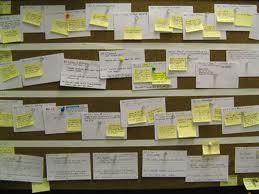 Our next step is to make sure that your story flows. I generally take every plot point and capture them in six-twenty words and put them on a 3 x 5 index card. Each card represents about one to three pages and you should have around 35-45 cards.
I know you are saying “She must have stock in 3 x 5 Index Card Company”. I assure you that I don’t.  I love those little buggers almost as much as red wine and sex and defiantly more than cotton candy.
I use them for everything – grocery lists, love notes, warnings on food in the fridge “eat this and I will eat your face” and box inventory markers. I literally buy a new batch every time I go to an office supply store, especially if there is a new color. They are cheap, the right size and ridged.
My heart just pulsed at my love for them as I typed this, *sigh*.
But I also have to tell you the off size ones, 4 x 6 or 2 x 3 are an abomination and should be outlawed.
Yeah- I am a bit passionate about those tinted slaps of pulp.
Things I look for once all the cards are done:

1.  Does the story flow?
Meaning like a winding lazy river, does it naturally ebb and wind? When reading it are you struck by a big boulder in the middle? If so, move to step 2.
2.   What happens if I a move a card? Or completely remove a card?
Feel free to move cards around, generally I feel non linear stories are much more interesting. Can you start with the end, maybe even the final twist? Some storytellers use this technique frequently with much success. Citizen Kane starts with the Newsreel of his death, Fight Club starts with his gun in his mouth. Both these are at the end of the story, but you are excited to see how we get there. 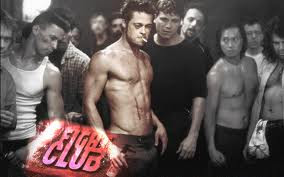 3.  Do I need to add scenes?
Are you being too vague and assuming the audience knows more that it does? Sometimes we spend so much time creating, we assume that everyone else knows the story and characters as well as we do. You may need to add some action to explain a motivation. Add sparingly, too much salt does ruin the soup.
4.  Are the main characters represented equally? 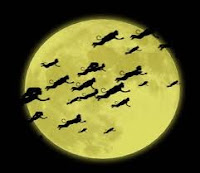 Make sure they all get equal “screen time”, sometimes it may not be a personal appearance, but an event inspired by them. Example: the Wicked Witch of the West is not in as many scenes as Dorothy (it would be much to scary) so we are reminded of her presence by flying monkeys and Soldiers marching.
5.   Are you writing an Action or Thriller piece? Then does dialogue scenes break up intense action scenes?
Make sure you are not blowing up Death Stars, you need a bit of “these are not the Drones you are looking for” to give your audience a moment to catch their breath and digest what just happened. Take it as an opportunity to show a character trait.
6.  Are you writing a Drama or Comedy piece? Are there enough interesting scenes breaking up the dialog?

Watch out for monologues and soliloquy. Every comedy needs a pratt falls and every drama needs a plate thrown. With these formats, it is easy for the author to just babble on without every having anything happen. Even Huckleberry Finn stopped to smoke a pipe.
7.   Now take the part you love the most and remove it. This is seriously hard to do, but do it anyway. This will take some time as you wrestle with the idea and finding one part you love the most, but slice that Darling (this won’t be the last time I tell you to do this).
Here is some “Darling” advice from one of my favorite writing blogs, Chuck Wendig (follow his blog if you dare at www.terribleminds.com)

A TRUE-TO-LIFE TALE OF BONAFIDE DARLING-KILLING
Comes a time in every writer’s life that he’s gotta look at the work in front of him and he’s got to say, “This thing is thick with peacocks. Pretty, pretty peacocks.”
Then he’s gottta take a meat cleaver and start cutting up those pretty, pretty peacocks.
Because those peacocks, pretty as they are, stand out. They’ve got them ostentatious tails. Those little tickly tiaras of alien antenna-feathers. They’re a color blue you don’t see anywhere except blue raspberry popsicles. They preen. They preen all the time. And they strut around like they own the place. They warble, loudly. And, if we’re being honest, they poop up everything. They’re just pooping machines, those peacocks.
Of course, all this is me being metaphorical.
What I’m saying is, you write a story, you’re eventually going to come across some darlings.
Darlings are those elements of your story that fulfill two qualifications: first, you love them dearly, and second, your love isn’t enough to justify their existence. Don’t destroy the parts of your work you love just because you love them.  No, we must destroy those things that we love that also unfortunately don’t belong.
Like, say, an ugly hat everyone tells you will get you beat up.
And you’re like, “But it’s fantastic. It has a propeller. And it houses squirrels.”
And everyone’s like, “But squirrels are pests.”
But you don’t listen and you walk outside the house and then a bunch of squirrel-hating squirrelophobes come out of the shrubs and beat you half to death with mailbox posts. And then your friends are like “We told you so. We told you about that hat.”
After you have moved things, added, subtracted, killed you will feel confident that you have created a much stronger story. Do not delete anything; place them in a Darling File for a perfect place may be found in another story. 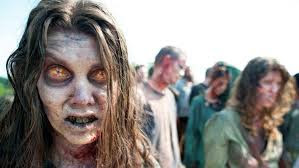 May in Thailand- Bangkok and Phuket