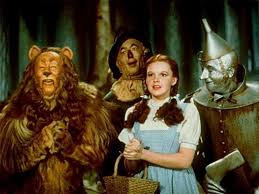 Story.
We all start writing for a reason. Be it something that happened, you witness or survived, or inspiration from viewing a life event. All writing starts with just a simple story. From there it can morph into a novel, screenplay, teleplay or even poetry. The bare bones of writing a story are the same no matter what the end result will be.  Each story has four elements:
1.     Message
2.     Plot
3.     Conflict
4.     Characters
These elements can be mixed, matched and applied in a variety of ways depending on the context in which the story is told and its purpose.
The Message
–           With storytelling it is important to tell a story to communicate a message that is reflective. It is imperative to develop a clear defined message. Without a message there really isn’t any reason to tell your story.
–           The premise or message of the story is an ideological or moral statement that works as a central theme throughout the story.
–           Try to stick to one message per story. Stories with more than one message become confusing for audiences sometimes.
Example: Wizard of Oz. The message- There is no place like home. Through all her adventures, each is a replicate of issues she is having at home. Her desire to flee these issues follows her. In the end, all she wants is to go home.
The Plot
–           The flow of the story and its events are vital to the reader’s experience.
–           Given the fact that we can only tell one thing at a time, and that a story exists only as a progression of events within a given time span, the sequence of events needs careful consideration.
–           A traditional story is structured in three parts: The introduction, The inciting event, and The resolution.
–           The first is by setting the scene. Next, the progression of change creates conflict and sets the parameters for the rest of the story. The conflict escalates but is finally resolved, marking the end of the story.
–           It is the escalation of the conflict and development of the hero that drives the story forward and builds up to the climax.
Example: Back to Dorothy. It is all about that broomstick. She is frightened by it, she is driven to flee from it, she is told the only way to help her and her friends is to get it, then she kills to possess it. The broomstick drives the plot of the entire story.
The Conflict
–           Conflict can make any story exciting and draw in the attention of your audience
–           A transition must take place from conflict to resolution. Without a transition the story grinds to a halt.
–           A good story always centers on the struggle to attain defend or regain harmony.
–           In storytelling conflict is not negative. It is a fundamental premise on which the narrator can communicate his perceptions of right and wrong.
–           An open ending is a powerful and provocative tool
Example: The conflict in Oz is on many levels. The witch wants her sisters shoes, The Wizard wants to go home, Dorothy wants to go home and her friends want their wishes granted. But the story remains open ended with the dream sequences ending and she is back in black and white. Did she dream it or does OZ really exists? This was such a powerful opened end, that it spurred a new flurry of books, movies and plays (Wicked, etc.)
The Characters
–           Stories are built on a fixed structure where each character has a specific role to play in the story, and each person supplements each other.
–           A typical story starts off with a main character or hero pursuing a goal.
–           The hero has skills that help and support him along her quest.
–           The adversaries (villains) work against the hero and establish conflict.
–           A successful conflict needs a hero and a villain with opposing agendas.
–           The adversary can take on pretexts, both physical and psychological.
Example: “I will get you my pretty and your little dog too”. 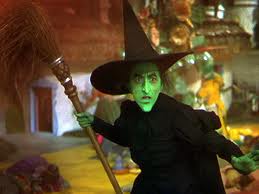 Happiness is a Choice

I am Allergic to WINE!! We are going to need a second opinion!!