In my mind a chef is an artist. If you let artists create on their own terms, the end result is magical. Chef Gregg Wangard of Marisol is a Five Star artist and I am happy to be his canvas. This chef shines when you tell him, “Surprise me, bring 5 courses of your choosing”. Pairing him with a master sommelier like Jeff Chaney for the liquid part of the meal creates a canvas of culinary rapture.

With the sweeping backdrops of the waves rolling in, the sun setting in a Technicolor display that made the ambiance resonate, we dined at Marisol at the Cliff’s Resort in Pismo Beach. A soulful sweet sound of acoustic guitar surrounded is with the new addition of a masterful sound system. David Kline set us with menus and a delightful quip, but they were swept away as Chef did what he does best: Create perfection.

Our first course was complimentary and a dream that I have so missed in California. Seared Goose Liver was attended on white bread that was buttered, toasted and topped with micro greens. It sat upon a reduction of Hildalgo Pedro Ximenez sherry. Jeff came out with our wine selection for the course and mine was the same Hildalgo Pedro Ximenez sherry, which fiery sweetness offset the savory flavor of the liver.  The simple butter soaked white bread was a brilliant vessel to present this rare treat. It was also attended with cheese plate of smoke goat Gouda from Paso Robles, with crostini’s, quince cubes, golden raisins, dusted almonds and candied pecans.
Gary started with his tradition dessert, the beloved Stout cake that Jeff paired with a Saucelitio Canyon Late Harvest Zinfandel, Arroyo Grande Valley, 2012. The Chocolate Dream Stout Cake is a daring combination of Napa Smith Oatmeal Stout beer and cocoa.  It was served with a tangy mango sorbet that rested on a bed of graham crackers so it wouldn’t melt as fast (brilliant).  Gary has declared this the best chocolate cake ever and proved that declaration by ordering it often. For the accompanying Mango sorbet, Jeff poured a Jorge Ordones & Co Old Vine Moscatel, Malaga, 2007. This was the first time Gary had 2 wines pairing with one dish, and he was overjoyed had just how perfect the combinations worked. Wine connoisseur Jeff was brave and passionate with his choices and they surprised and served us well.

Our next offering came from an unlikely source from the sea. It’s called Skate Wing and it resembles angel wings in both appearance and taste. Skate is a fish that usually gets thrown back by fisherman (picture a manta ray). But this chef knows that the wing part is very delicate and has the consistency and flavor like crab, only better. Because of its short shelve life (24 hours) it is rarely served. Chef Greg used the fresh form the sea wing, dipped in brown butter and breaded. Then he pan-fried and served it with a Meyer lemon sauce, and shaved fennel. To say this was outstanding is an understatement. It was soft and rich, with a buttery texture. Served with an Alban Roussanne, Edna Valley, 2010, the heritage of the wine and the knowledge of a chef to make this delicate fish come alive married a fantasy mixture in my mouth. 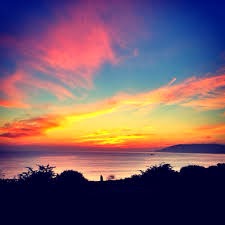 The next course was simple wild mushroom and mascarpone soup. 6 different kinds of exotic mushrooms thickened into a soup using mascarpone cheese with a crostini resting atop with a smattering on wild mushrooms. The savory richness harmonized nicely with a Presqu’ile Pinot Noir, Santa Maria Valley, 2009
Our next course was simple and impeccable. Roasted golden beets with fresh burette, arugula, balsamic vinaigrette sprinkled with roasted pecans. This shall thus be known at “Teri’s salad”. We broke all the rules and opened a Scarpertta Pinot Grigios, Friuli, 2010 and it tasted like exceptional.
Last course was rib eye steak, rare and swimming on a béarnaise sauce with truffle croquets with asparagus tips and a spicy aioli pottage. Served with a delectable Quintessa, Rutherford, Napa Valley, 2009– the meal was one that will be remembered.
We punched a whole in our tummy with a shot of Fernet Branca (an Italian bitters) while we enjoy bananas foster with fresh strawberries and a vanilla bean ice cream.
Jeff shared with us memories of flavors and how you let the wine speak to you, not pass judgment. His passions for wine and making the most of the meal, shine thru with every sip. 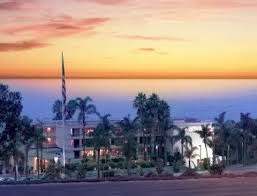 Chef, sommelier and staff are fervent in their delivery and creation of an impeccable meal. Besides watching the sunset on the ocean, there is no other textbook experience. But Wait! You experience them both at the Cliff’s Resort at Marisol – every night!

Marisol at the Cliff’s

Supper At Sunset in the Garden’s of Avila